From Risk to Resilience Earthbeat Challenge 2022

The Challenge asked for stories which demonstrated community resilience against disaster risk.  Judges selected 6 stories and worked with the participants to produce their films.   Filmmakers were given a bursary to cover filming expenses,  Their films and projects are showcased through Earthbeat and were showed around the Global Platform organised by the UN office for Disaster Risk Resilience.

Ekoue Ivan David Djimedo-Folly, from Togo shares his story about the efforts to fight sea erosion along the coastline of his country.

Ekoue is a member of an NGO (OJEDD Togo) which is interested in disaster risk management.  The development of the theme happened quite naturally.  His aim was to tell simply, faithfully and very briefly what is being done in Gbodjomé to tackle coastal erosion.

Ekoue's words have been lightly edited for clarity 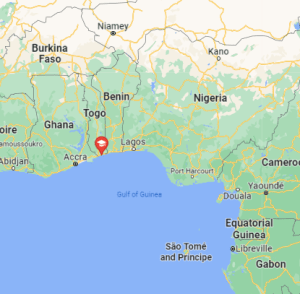 The project behind the film

The coastal erosion control technique in Gbodjomé presented in the film was born in early 2021.  Initially, this technique was used to protect the house of its inventor Mr. Deo Eklu-Natey against the advance of the oceans.

Mr. Deo's technique must still be studied today by a community of experts in order to make improvements.

Filming of the sequences of the film was done on an iPhone 11, with an external microphone to capture the sound and a tripod to keep the device steady.   The ability of Mr. Kevin Ossah to mop up strangers and gain their confidence helped us a lot during the interviews with the inhabitants of Gbodjomé.

Once the filming sessions in Gbodjomé were over, the editing was done on the VN video editor application. This is available for portable devices as well as desktop/laptop computers.

The project is at least known in West Africa.   We hope that soon the whole world will be aware of it too.

Ekoue and his team are keen to make more films and would need further information, connections, training and funding to help them do this.

Read more about this topic

Resilience along the river bank

Resilience in the Himalayas

Resilience in a thriving community

The Risk to Resilience Earthbeat Challenge is supported by the UN Office for Disaster Risk Reduction (UNDRR).  The jury looked for stories which showcased community resilience against natural risks.